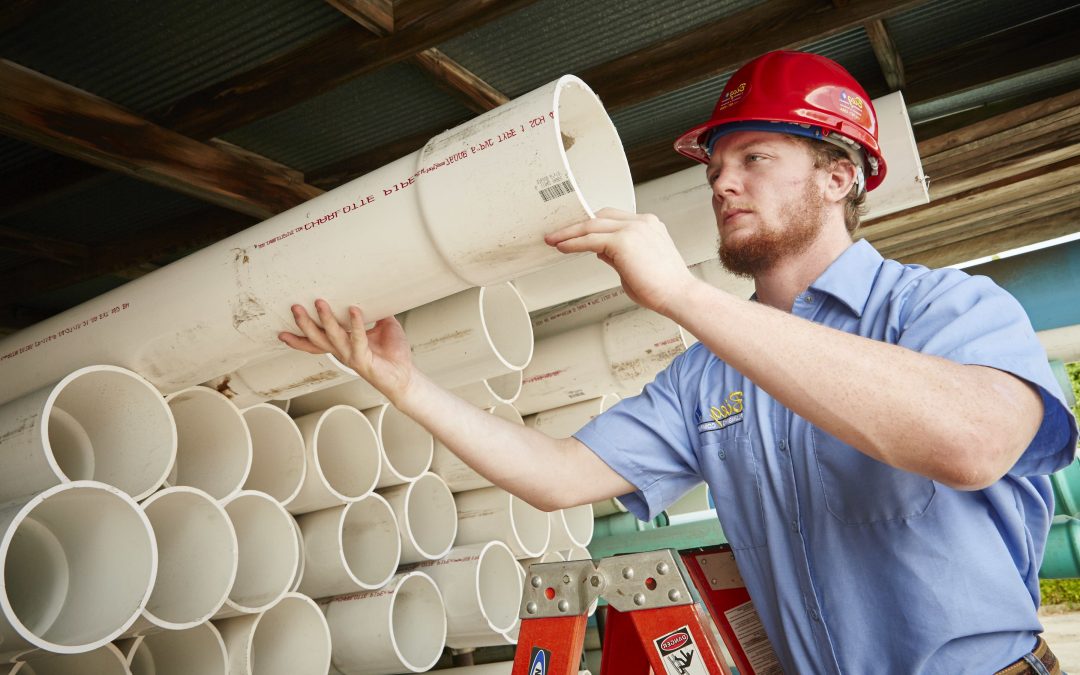 Choosing the right material for your property’s plumbing system is a big decision. Cast iron and plastic PVC are two of the most common options for pipes, and they each have their pros and cons. Don’t make your selection without being informed on what material is the best for your situation.

Cast iron plumbing is a tried and true method that has withstood the test of time. In fact, the reservoir system for the famous fountains of Versaille were constructed with cast iron during the late 17th century and are still in use today! Safe to say, durability is one of its strengths. You must still be vigilant about maintenance, however, as cast iron pipes are prone to rust and must be repaired once the first signs of it are seen.

PVC pipes are made from plastic, are durable in their own right, and don’t suffer from issues such as rust. Here are some more comparison points:

While PVC doesn’t quite have the rich history of cast iron, it has still been used since the 1950s to great success. Given its overall durability, attractive price and consistent flow rates, we recommend going with PVC for residential sewer lines. If you need a more heavy-duty commercial line, need to comply with strict fire-stopping regulations or want the quietest possible plumbing system, cast iron is a great choice.

If you are still unsure about which direction you should go regarding your plumbing system, contact us at Bieg Plumbing today for a consultation. We have served the St. Louis area for nearly 60 years and can guide you into making the best decision. We have experience with both materials and can install, repair or replace whatever you need.

All those choices got you stuck? Call in the red truck!